Once upon a time there were people who did not have a digital camera. Digital cameras at the time of my younger years were of the type “Impressionism” — you could make beautifully coloured, blurry images that looked like paintings. They were very expensive and only artists and photographers even wanted them. And that’s why we have so few pictures from that time, the ones we have are… somewhere… as slides… and need to be scanned in, someday.

This was the time when the SO and I lived in Western Canada for a while. Since it wasn’t intended as a permanent stay, we rented a townhouse and enjoyed all the benefits of having a wood fireplace and a very well insulated house made of plywood. This made the cold, cold winters friendlier. For us, all of this was an adventure.

However, there is always something missing when there are no pets around. So pets had to become part of the household again.

In the beginning, cats and dogs were not allowed in the town house complex. So we adopted hamsters. A friend of ours volunteered at the local shelter and she told us about the hamsters there. I mentioned before that I love these little guys. They are cute and not boring at all. The first hamster’s name was Cleopatra. Her fur was very light coloured, almost a pinkish blonde, and she was very cute. She had the run of the house and walked all over me when I was lying on my stomach in front of the fireplace, reading. She would come when called and loved her treats. Unfortunately, she was only with us for a year.

We immediately adopted another hamster, this one we called Elvis. Elvis was the fastest hamster of the World. He ran up the (carpeted) stairs, slid down, ran from room to room and finally built a nest from the SO’s journal article print-outs. This was how the SO learned to put the articles away and not just staple them on the floor. It was a nice nest, but we convinced Elvis to move back into his cage. Elvis also came when called, it was quite the sight when the little guy ran with all his might on his short feet. He was constantly underfoot, we really had to watch our steps while he was around. He was with us for two years.

By that time, the policy of the rental unit had changed and keeping dogs and cats was allowed. We decided: now or never, and started looking for a dog. We wanted a Border Collie (before they became fashionable) and found one from a working line. He was the cutest, most forgiving friend. He suffered through all our beginner’s mistakes, through bad and good advice of more or less ‘experienced trainers’ and always was loving and funny. He may not have been the best trained dog, but he was a well-adapted and friendly dog. We didn’t socialize him well enough as a pup with other dogs — we didn’t know better back then — so he always had a bit of a problem with strange dogs. But after we dismissed the advice from ‘people with experience’, we started to avoid instead of confronting ‘enemies’, and things were fine.

We went for long walks and a lot of exercise every day. We did know what we would get into with a Border Collie, and he had the typical need for constant work and attention. Sleeping in on the weekend? Nope, not with FirstDog. He would happily jump up on the bed (yes, he was allowed to) and drop his much-chewed, wet ball on my face. So, sleepily, I would take the ball, throw it out of the room. Dog ran after it, brought the ball back, and it became an endless loop until we finally got up.

We went camping with him, canoeing, hiking, jogging, everything. He loved to swim and run on the beach, and picking up stones from the river. He loved balls and sticks.

When we had him a year, we had to return to Germany, so he had to go through the ordeal of a long distance flight. This was very stressful and I would never do that to a dog for merely a holiday. He forgave us, however, and remained the loving, friendly and funny dog he had always been.

When he was thirteen, he had two major operations. One was a bladder hernia, later he slipped a disk. When he was 16, he developed canine geriatric vestibular syndrome. This was scary, he looked and acted as if he had a stroke, but a bit of research and a phone call to the vet reassured us. We went to the vet and he got infusions, which helped. After a while, the syndrome disappeared again.

Three months before his seventeenth birthday, his body failed. His spirit will be with us always. 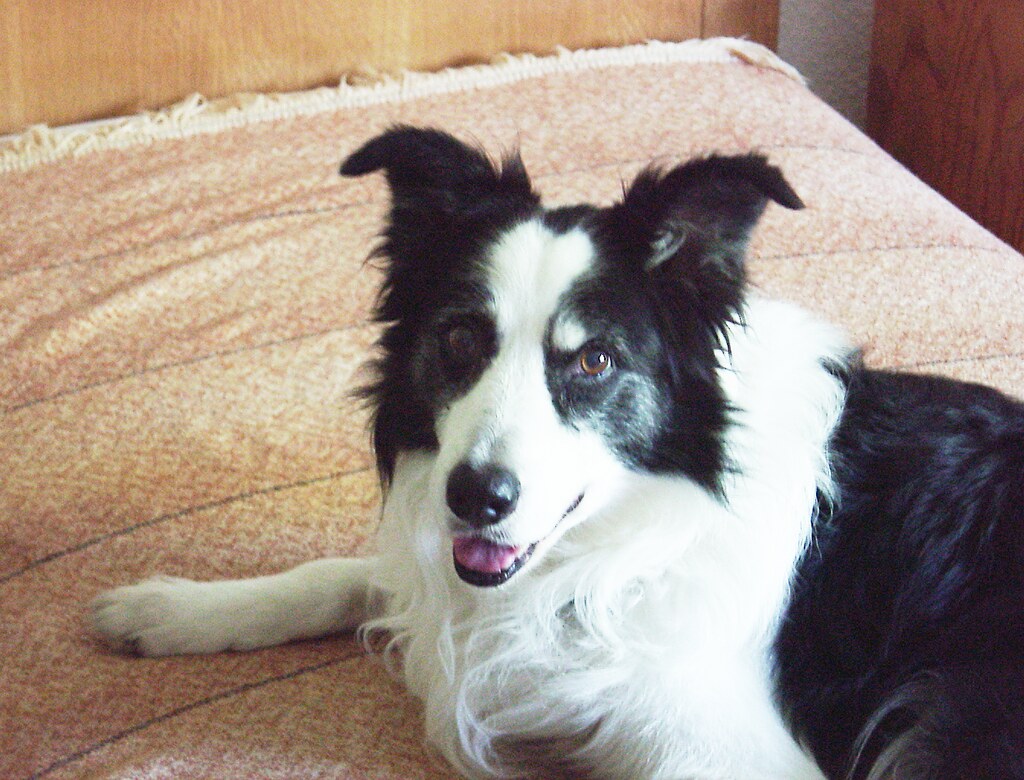 3 thoughts on “Critters From the Past II: The Canadians”